The following article is not only about Ralph Smart. We are also talking about Teal Swan, Victor Oddo, Spiritual Awakening net, and so forth. All who are loved by Vatican, and part of the problem if you ask me. Otherwise Youtube would not promote these dumb new age transhuman type materials that are leading people nowhere. They are there to find new ways to cope with the so called new world order, which it self is also failing because the Edomite (Albino Negroid Golum nation or Western) comfort is a dying system, soon to be replaced with a Native based though system where a new age approach does not apply.

I came across Teal Swan and Ralph Smart type videos somewhere around 2011. These two names stood the most in youtube because they were clearly pushed by the platform, thus it was impossible not to see their faces when searching for basic information about the new energy waves or Ascension vibration hitting this earth.

I was not interested in Teals over polished spiritual videos and Ralph was also over pushing his trademark quotes. I stopped watching Ralphs materials in disgust, but thought first that perhaps I am jealous, and returned back to his videos as a bench watcher some years later. I still had weird feeling about his style, his obvious bragging, and fakery, and eventually felt off about the whole thing. Once again I thought that perhaps I am competitive, I felt bad for feeling like this, and started to root for Ralph Smart by liking his videos, to help his platform grow, in order to raise the awareness of his listeners, and humanity. But like so many consciousness movements, so is Ralph giving you a “Coca cola spirituality” that tastes so good, but will not nourish the soul, and release you from the insane cycle of birth and death, thus release everything that was there to keep you stuck within that insane cycle…

Awakening from the Dream of birth and death is tough, and the toughest road anyone can pick within a Greek-Roman hellenic system that is not master friendly at all. The game is not as it was 2000 years ago, and many people will fall from your life, and the Matrix will make you a Matrix reject, gang stalked, obscured, and in some cases killed. The ego thought system that runs the matrix hologram is not meant to be your friend because it feeds off of you. You are it’s energy source. You are it’s food supply. Yes, very much like in the movie The Matrix… 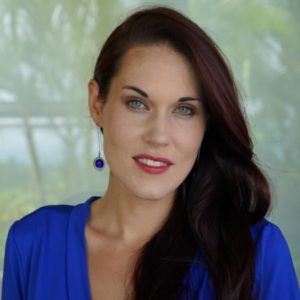 You defeat the ego by accepting the frailty of the body, and the frailty of the entire world. You stay open to the fact that this is a world of shift and changes, and that nothing lasts here. You can enjoy the “tragic” play of dense life, like watching a movie, but by first noticing we live in a dense dream state, which is a nightmare state of separation, covered with glamour. Don’t believe me? Am I still a cynic to you? Look, I am having a good time, but that is because I am also releasing the world consciously. Like Buffy the Vampire slayer, I do the same dirty work by facing the cesspool the man made world is trying to cover with all sorts of distractions, entertainment, and fake romance meanings, so that we will never meaningfully release our attachments to the world, and our expectations of it.

Before jumping to Ralph Smart, here is a quote from A Course in Miracles, where the voice of holy spirit Yahawahshi (fake name Jesus or Yeshua) speaks trough the book regarding the hellenic nature of our world covered with glamour.

T-17.IV.8. The special relationship has the most imposing and deceptive frame of all the defenses the ego uses. 2 Its thought system is offered here, surrounded by a frame so heavy and so elaborate that the picture is almost obliterated by its imposing structure. 3 Into the frame are woven all sorts of fanciful and fragmented illusions of love, set with dreams of sacrifice and self-aggrandizement, and interlaced with gilded threads of self-destruction. 4 The glitter of blood shines like rubies, and the tears are faceted like diamonds and gleam in the dim light in which the offering is made.

Again, feel free to have fun in physicality while it lasts, but also allow the hellenic nature of this world to sink in to your mind by facing the darkness of this world, otherwise you will not have the motivation to release the dream meaningfully or organically. Ralph Smart is convincing it’s desperate people who over love the world, and it’s pleasures, that there is some kind of hope in this world, and you should have fun. The real hope is to Awaken from this world by seeing the dark reality of our situation as a collective, and how it will soon end. Accepting we live in end times, being an example to others with this knowledge without people-pleasing, and let the so called powerful entities of this world that fed from your energy, to starve to death: esoterically speaking, by not giving your energy, or investment to the holographic matrix dream state ever again, is the way to go. Few spiritual paths are set for this release, because they are pointing at the glamour of this world, and how to behave nicer or more spiritual in order to make friends with the matrix or cope with the new world order. They are not assisting you to see the neurotic cesspool, in the mental level, and physical level in order to meaningfully release it. The sinister nature thus remains obscure, due to the seekers need to still fit in, find a mate, eat grapes, eat peanuts, and eat seeds, and find more gatherings, and intellectual concepts that reinforce the ways of coping with a world which is a sinking ship. Australia is already burned up, and billions of Animals died of extinction. This is because Australia history was wicked, and the modern so called- Australians benefited from their Ancestors wickedness or crime while the original Australian suffered. Wiping out the modern fake Australians with this gigantic fire was inevitable. America, Finland, Britain etc will not be an exception. These countries are going back to their original owners. Denying we live in end times or end of an era (Golum nation/ Western era) is becoming more and more harder for common people to deny.

Ralph is most likely a nice guy in a earthly way, yet the tools, like so many other paths, will not prepare the person to really see the dualistic nature of our world, and find the motivation to use our every day life as a classroom where we learn to unlearn the world, by embracing a none filtered perception. Ralph does not cover the meaning of crucifixion or Shamanic journey or Shamanic death or dark night of the soul, all that are synonyms with one another, and an experience of death which must be faced. It is an intense transformational process very much like a messy caterpillar within it’s cocoon darkness, finally becoming a butterfly, and embracing an entirely different life form!

The world is a living organism, but also a tired one, so it wants to ascend, and\or transform by letting it’s former self go. Australia and Amazon fires are just the start.

Since you are part of this world, a cell so to speak, it is vital to consider tuning with the worlds transformation, or puberty. Do not expect puberty to be without transformational pains. Youtube promotes esoteric videos/ teachers that tend to dismiss the growing discomfort of esoteric transformation, and the persecution that comes with it, because we are also escaping a prison planet of 9-5 slavery. The growing adversities that comes along with authentic Enlightenment is meant to help you out-grow this world just like we out-grew playing with children toys back in the days. The adversities are here to show us, we do not want to invest our selves to this world, its people, and relationships ever again. This includes releasing your self from old friends and family too, if they have proven to be not able to tag along with you in this Ancient transformation from 3D-linear perception to a multidimensional perception.

Your body will die anyway, so why not use your lifetime wisely by gently detaching from your humanity, rather than reinforcing your love with a world which is an illusion? The pop culture spiritual 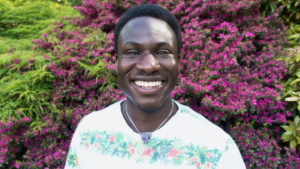 paths that are promoted by Youtube, and end to Oprah show, will not dispel your illusions, they will most likely reinforce them. The life you think you want in this planet will keep you as much inside the matrix as are the things of nightmares that you wanted to a void. The only good use of nightmares is to realize we do not want to eat, grapes, peanuts every single day with a smile on our face, and the cat down the road, only to go trough the digestive process, get the food out of our system, and sooner or later eat again, denying we are in end times, and death and destruction will be more common around us from 2020 and forward. Once you know the outside world really has nothing to offer, you learn more to depend only on our Creator. This only happens after you have nothing else to depend on, when you embrace the coming destruction by not depending on these teachers who are in their own private comfort zone, and are part of the problem of denying the times we really live in.

As said before I have rooted Ralph in my earlier writings just to support another artist. I never agreed his way of giving “sugar candy” esoteric information to children, but I justified his ways by thinking that “perhaps children need candy once in a while”. By children I mean his young listeners, and fans. However, too much sugar messes up with your system, and calcifyes the brain. In other words, the cuddly information he gives will not really lead the person to spiritual fulfillment, and spiritual maturity, which is a journey of courage, and preparation for a totally different life form, unsupported by the matrix world, and all the people who love the world. In other words, be ready to be hated by others.

And ye shall be hated of all men for my name’s sake: but he that endureth to the end shall be saved.

When I commented on one of Ralph Smart videos, asking him to prove his degrees on psychology I was hit with 3 negative comments by his fans. One account was deleted after it trolled me. My personal message to Ralph trough his website regarding his school degree has not received response. Teal is a female with limited understanding of the bible. She should know that women are a weaker vessel, and are not meant to teach. The position or role she has is a typical “Queen of heaven” propaganda, where the role of women has been hijacked and replaced with a “independent strong AND spiritual leader woman” concept which only leads women to remain single, bitter, harlots, and rebel against the inevitable organic world order (Israel) where women are back to their original purpose that is very close to being a housewife, not a career woman. We live a time where women rebel against this coming natural order, and Teal is a masonic brand that will reinforce this rebellion, and why so many women are also going to be left behind to die.