A Producer, entrepreneur Filmmaker, Semi – retired DJ Producer, Editor, Fight scene-Action- Designer, Guitarist, Reality Researchers & “Renegade”. I have an Advanced Certificate of Life long Learning in Art, Design and Media in London Metropolitan film school located within one of the oldest film studios, known as Ealing Studios. My certificate is approved by University Of West London. 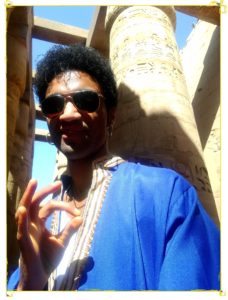 Somewhere around 2011 My awakening was activated with basic teachings, and physical meditations. Not was I only an artist now, but a personality having much to say about Sword Of Discernment which is more popularly known as spiritual awakening. I started to write and talk more about it as a past time fun (which annoyed people, and can lead to become under public persecution) I also became a 2nd Degree Reiki Healer, and write knowledge in order to help others to wake up… But most of the time pissing miserable people off, and quite often getting attacked, even Gang stalked by people who fell in love with the world, thus have deep resistance to this material. Look, It was never my intention to start doing the things I do now. My original plan was to become a successful Artist, a business man, and sleep with different female models. But that is also a slave state, and as I looked at other people, I noticed it will never work to bring me peace.

I cover 10 years of serious Ascension, the most hardest ones, and perhaps years that are enough to graduate. So ultimately, The person reading this must eventually tune into his or her own Guidance, which is what this page is for, until you need it no more. This inward Guiding is Divine, but has been forgotten, and as a result, we created a world that is trying to reinforce this forgetfullness by creating Cult-ures, and religious folk tales, medias, all that have rooted humanity to a deep amnesia cycle of linear perception, thus  ruining their lives, and the planet, and thus will not make it.

AWAKENING FROM THE DREAM OF BIRTH AND DEATH.

My waking up was a typical modern day one: A loss of desire for my earthly goals, letting go off many relationships, going trough addictions, problems or  suffering. I had a great longing to disappear, and return back to Yahawah (Ignorantly known as God). These intense challenges did not last forever, but it did seem that way. This is all very typical when it comes to Awakening from the dream, and will usually lead to the Dark Night of the Soul, or Shamanic sickness, which is very much like dying, but it is actually something else dying within you known as the ego. Eventually you will have to start to understand scriptures in order to sync your none-ego mind with Universal Will, better known as Yahawah in Hebrew language. This deeper understanding will most likely lead you to be persecuted by the world due to your none-ability to go along with the man made system that is based on attacking Yahawah (ignorantly known as God). As a Course in miracles states as well “The world was made as an attack on God”

So, a lot of things will go away as you start to wake up, but you will be fine. The reason a lot of things will disappear, is because they were keeping you stuck in a dense, fixed, and linear or horizontal perception. It will take time to grasp that this fixed linear time – space based life form you are experiencing, and thought to be normal, is actually a perception meant to keep you stuck in a 3dimensional dream like state of a Universe, and a life as a body, and NEVER reveal to you that you are actually a mind dreaming of a world, and body, and have tragically compressed mind from Vertical Perception to a linear or horizontal based animal perception.

Vertical perception is multidimesional, Horizontal is linear, or one dimensional, based on premises such as “left and right, good and bad”. This would mean that the belief systems of the world are all distractions; trying to keep humanity rooted in the dream of birth and death. These distractions from educational system to family values have being reinforced, and gladly promoted by individuals what the pop culture calls the “Elites”, “freemasons” or “Illuminati”. They have done this many times, and restarted their madness during Renessaince period when the West or Albino negroid golum nation and their elites were helped to come back to life by Native Israel people, but they never learned. Their idea is to keep their insane utopia of a fake world going so that they can pose as Gods at others expense. The same blue-bloodline was also behind the murder of  Yahawashi (Fake name Jesus) who knew his atomic, or spiritual self, and started to talk. We live a time where more people are waking up too, thus the so called elites will not make it and are in fact, marked for Bibles UFO euthanasia and slavery program alongside with the average joes who also come from Caucasus cave humanape nation such as modern Finland, Sweden, Russia etc.

A motivational day to us all, we are one, now and forever. – Klem Kaan Özçelik 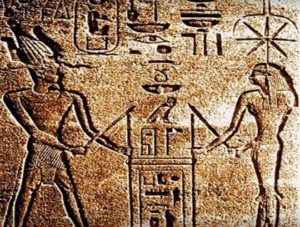